Reminiscence on the first yahrzeit of Rabbi Lord Jonathan Sacks. Essay by Inna Rogatchi. First published at The Times of Israel, October 25, 2021. Also published in The Algemeiner ( New York, the USA), The JerUSAlem Connection ( Washington D.C., the USA), Le Tribune Juive ( Paris, France), and the other international media.

Reminiscence on the first yahrzeit of Rabbi Lord Jonathan Sacks

Chesvan 20th, 5781, the last year, was on Shabbat. In the secular calendar, it was November 7th, 2020. On Motzei Shabbat, in that special Shabbat-blessed mood being both relaxed and uplifted, we turned on our devices. And got the shock. In our Inboxes, there was the news of Rabbi Sacks’ passing. Totally, completely incomprehensible news. The shock was so powerful that we remember that Motzei Shabbat evening a year ago in such graphic detail as it had happened not even yesterday but just today.

Such a shock occur rarely in one’s life. It was like seeing a picture of a nuclear test on a screen: irreversible and quiet. Only it was not a test. Top articles on The Times of IsraelRead More

Saudi convicted for sexual harassment named in newspaper, in 1st under new law

Of course, we knew about Jonathan’s illness. We asked our friends for prayers for him literally three weeks before that devastating news appeared on our screens on November 7th, 2020. And we knew that it was not the first attack of that merciless illness on him. We just were not prepared for such an abrupt end. 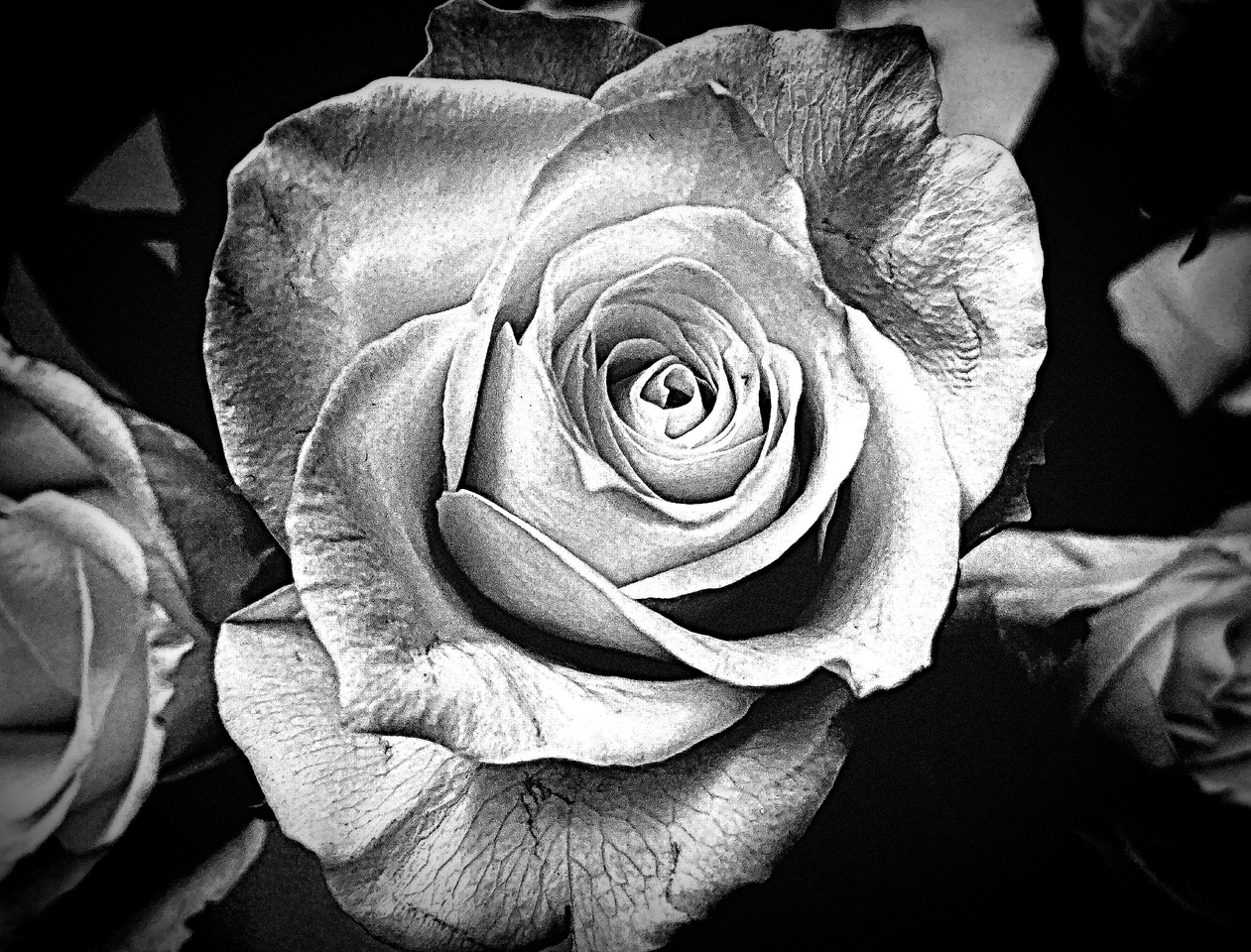 My husband Michael, who has a sober and strong mind of a scientist which was his first profession before he turned to be an artist, was in complete denial on the idea of Jonathan’s passing. I never saw anything like that in my husband’s behaviour during many decades of our life. Michael loves Rabbi Sacks dearly and deeply. He could not come to terms with that fact for a very long time.

And I was gasping for air, both literally and metaphorically, and was thinking , being terrified, of Rabbi Sacks’ family, his wife, lady Elaine, children, brother, grandchildren, close friends who are at the same time close friends of ours. That whirl of disbelief was overwhelming. My first tribute in memoriam to Jonathan was born that night. 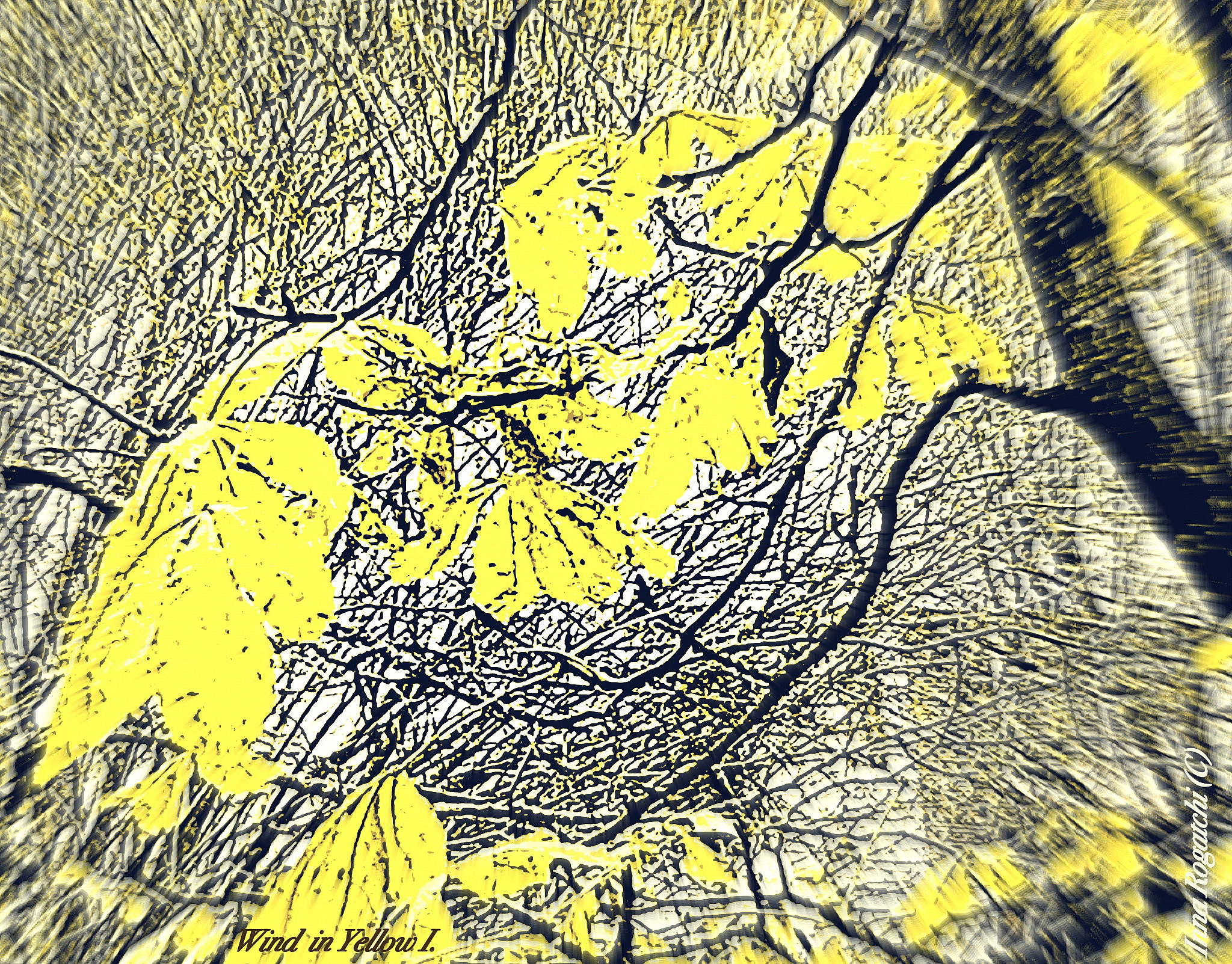 We closely followed all the stages after that terrible loss of a unique man . We were co-living every stage of our all’ physical departing with Rabbi Sacks during this first year.  Michael spent the Jewish year 5781-5782 circle reading all five books of Rabbi Sacks’s elegant commentaries to the Torah weekly, with increasing love and attachment. I wrote about our constant return to thoughts about Jonatan during that first year of his permanent physical absence in my Yom Kippur essay this year.

And we salute all the noble and loving efforts made by his family, friends, colleagues, pupils and followers of Rabbi Sacks to keep his legacy alive.

During that year, I was thinking about Jonathan very often. What was the factor, the substance, the actions that has made that very person so universally beloved? In another Jewish miracle, I have got the answer to my standing question on the Shabbat that preceded the date of the first yahrzeit of that rare human pearl of our time. It was not a factor, not a substance, not an action, or many of them. ADVERTISEMENT

It was a quality. One particular quality that was distinct in Rabbi Sacks and that made people love him instantly and for good. That quality was grace.

You can fake politeness, you can pretend attentiveness, you can mimic charm. You cannot make grace up. And Jonathan was gifted with grace which shined in anything he did, in the way he lived, in the words he wrote, taught, and addressed.

Genuine gratefulness is a very rare quality in our all lives, Jewish or not. But an organic Jewish gracefulness makes an indelible impact on people’s lives for good. ADVERTISEMENT 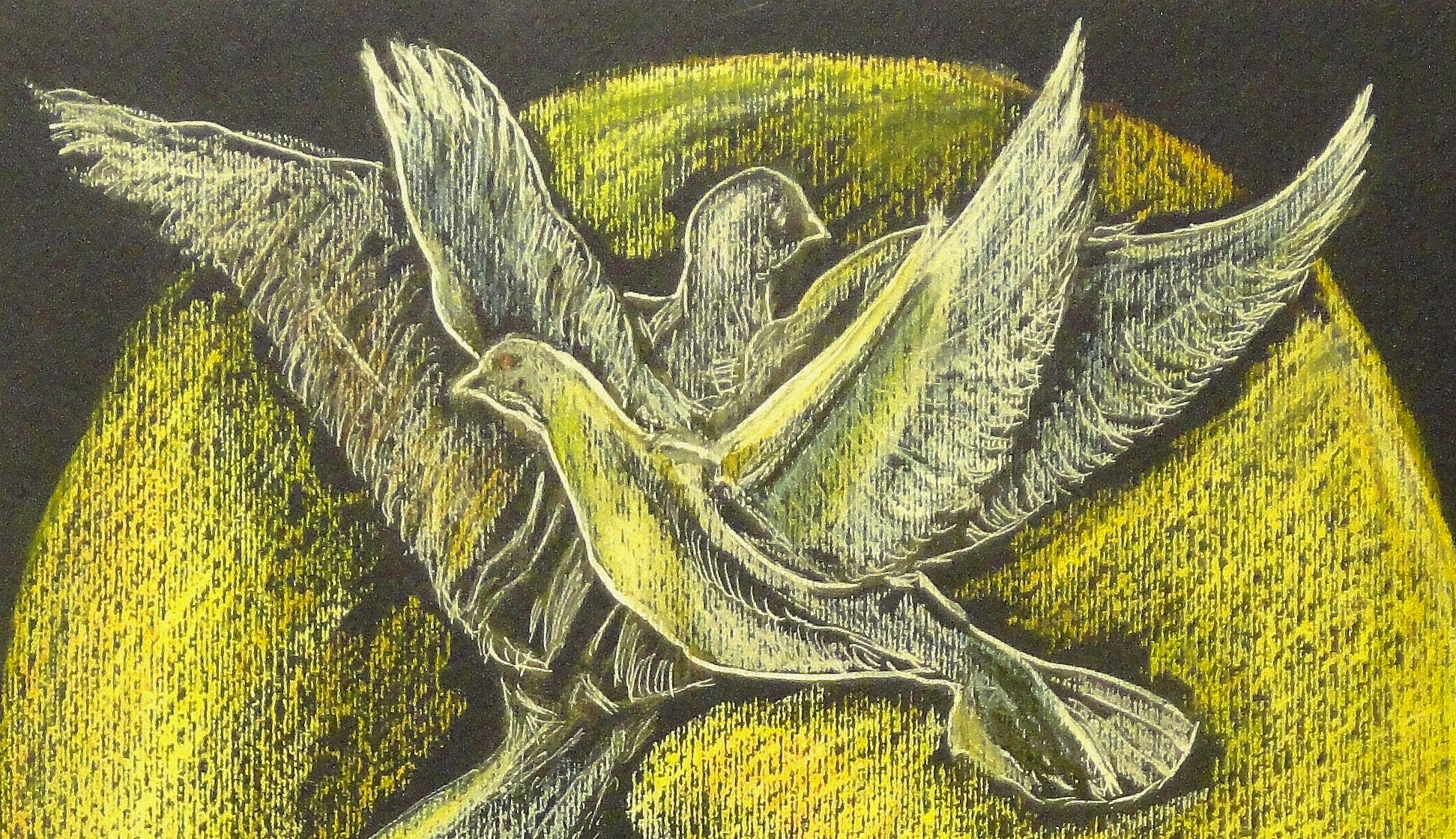 A year on, we are entering the mark of the first yahrzeit of our great contemporary, Rabbi Jonathan Sacks. Just prior to this date, a special volume of his writings and speeches, The Power of Ideas, was published thanks to the devoted efforts of his colleagues at The Rabbi Sacks Legacy Trust.

The reading of Jonathan’s thoughts during the last twenty years, from 2000 onward, seemed to me to be the most appropriate thing to do during these reflective days. All of the sudden, one of Rabbi Sacks’ short reminiscences from his very well-known Thought for the Day two and half-minute appearances on the BBC radio during thirty years, transferred me to another dimension.

The name of that page-and-a-half reminiscence is Love. And it is so special that I was tempted to type it in its entirety and to share it as widely as I possibly could.

Some phrases of this graceful text got me chilled. “But this year I’ve been unusually conscious of the joy that comes through love” ,- said Jonathan in his appearance on the BBC Radio 4 on February 14th, 2020, the last year, addressing his astounding in its openness thoughts on love on the Valentine Day which is not celebrated in the Jewish tradition, as he pointed there promptly in the beginning of his addressing.

‘This year’, he said. The reason was that in the summer of 2020, Rabbi Sacks and his wife, lady Elaine, the one of the most charming and nice women I’ve met, were celebrating their 50th wedding anniversary. He managed to celebrate it with his beloved, just a couple of months before his passing. That kind of love can really make a miracle and keep a person up beyond the bonds of medically possible. 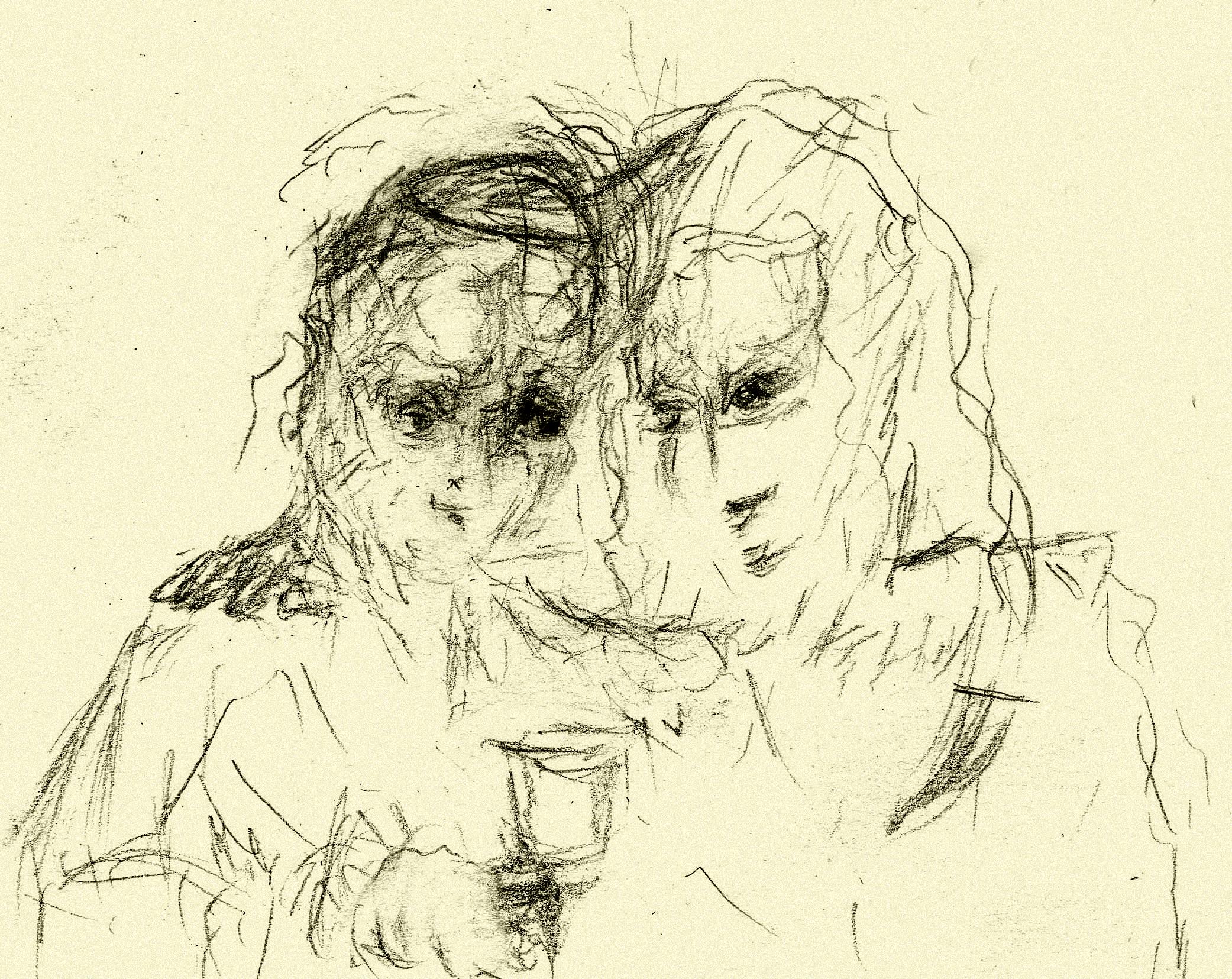 A year after that both deeply emotional and highly dignified celebration of their Golden Wedding anniversary, on August 31st this year, 2021, Lady Elaine was speaking, bravely, elegantly, and graciously at her husband’s matseva, stone-setting  ceremony. In her speech, she was mentioning that special wedding anniversary which they managed to celebrate with their family. She also pointed to the mercy  of the quickness of Rabbi Jonathan’s departure, the quickness which relieved him of prolonged torment of the nasty illness.

And then, lady Elaine shared a very private thing in anybody’s life. Mentioning that Rabbi Jonathan has left our world in the early hours of Shabbat ( which always is a mark of a special bond between a person and the Creator), she said: “Jonathan’s last words were “Good Shabbos!” to a very kind doctor. Who can ask for more?..”

Indeed. And that Love reminiscence which Rabbi Sacks decided to go on air with on the Valentine Day the last year of his life, with its unprecedentedly open and disarmingly touching sharing of the nucleus of their both’ fifty years of life, is staying in my head now together with lady Elaine’s brave and generous sharing the last moments of the life of her beloved. Of the man and the Rabbi who meant and means so much for millions of people world-wide. 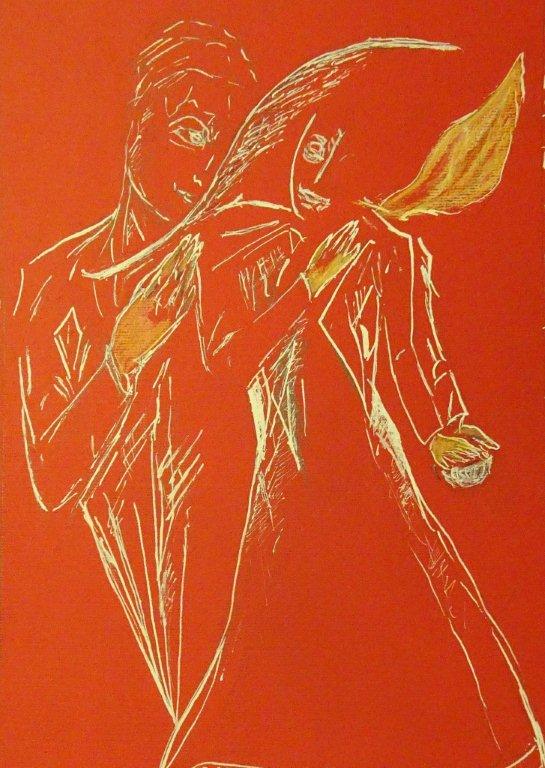 Recently, another great Jewish British personality, playwright Tom Stoppard was speaking at the joint memorial service for the late John le Carre and his wife who died within a few months of each other. There Stoppard’s expressed the following thought: Often, we are thinking that with our friends passing, they are left in the past while we are continuing to live. In fact, it is on the contrary: our friends, after their passing, are as if crystallised in our conscience. Their essence is getting closer and more tangible for us on a daily basis, while we, still living, are left – in our conscience – in the past, with our friends there. In the time when they were alive and we were together.

I cannot formulate it better. Stoppard is a profound thinker and a great writer. He is also a great Jew, even though he decided to let it be known to the world when he was 83, just last year, with his great Leopoldtstadt play about which I wrote a special essay at the time.

What is almost unbelievable is that Stoppard’s great, most important in his long, quite significant career Leopoldstadt play which I called Tom Stoppard’s Kaddish, was premiered in London practically at the same time when Rabbi Sacks did come public with his Love story on the BBC radio 4 largely popular program, in the first half of February 2020.  I do not believe in this kind of coincidences.

Tom Stoppard is a great British Jew, as Rabbi Jonathan Sacks was. With their torments of any sort kept inside decisively. With their brilliant minds engaging millions effortlessly. With tightly guarded elegant privacy, which allows those  precious sharing of their innermost feelings  extremely rarely, under truly extraordinary circumstances of their lives.

This was the case with Stoppard, with him writing his Leopoldstadt and getting the performance public in early February 2020, and also recently, in the way he said farewell to a dear friend. This was the case with Rabbi Sacks when he did share his love to his wife with the world , at the same time last year. The year which made him ‘unusually conscious’ with regard to the most personal, most treasured, most important for him thing.  The last year of his just seventy-two-year long life. 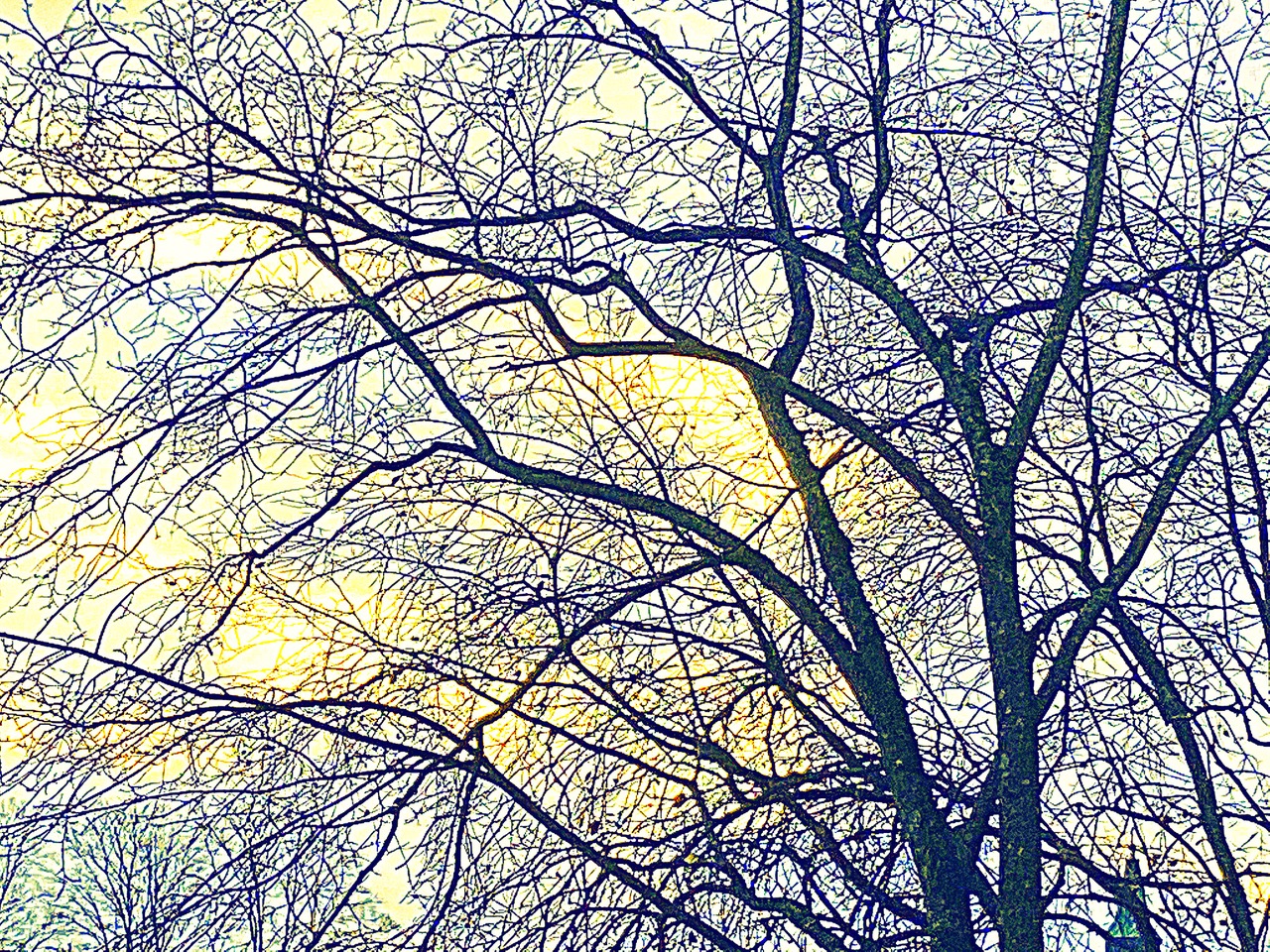 Thinking the whole past year of this tremendous loss, my husband and I completely agree with Tom Stoppard’s paradoxical reflection. We remember those precious moments we were blessed with to spend with Rabbi Sacks and his wonderful wife Elaine, we remember many of his always warm appearances. We remember the reactions of people around him, with their eyes shining while they were listening and speaking with Jonathan. We remember his inputs, his stands and interventions, brave, necessary, to the point. We remember it all as if it is happening now. We indeed feel ourselves there, with him, next to him.

And then we realise that we all in so many places of the world are going to commemorate his first yahrzeit on Chesvan 20th, 5782 , and that still is hard to comprehend in full.

Such is the strength of the people who were gifted with grace which not only made their presence magnetic and benevolent during their life-time, but which still keeps the thoughts about them enlightened and memories of them tangible ever after.

Such is the legacy of graceful Rabbi Lord Jonathan Sacks.