Music and Soul: the 100th anniversary of  Astor Piazzolla

Perhaps one needs to live enough to realise that a genius is ageless.

Non-existent age of a genius has to do also with migration of souls whatever sceptics on the subject might be saying on this magnetic fact of the universe and experiences of our existence there.

According to the certain school of thinking in Judaism tradition, every soul bears its certain ‘age’, so to say, which defines the behaviour of the person in whose body it lives. This is what people mean when saying about someone ‘he  or she was born as an old man or woman’, or to the contrary, this is, in fact, the reason explaining ever youngish behaviour and reactions of the people in an advanced age. It all is there, marked by ‘the age’ of our souls that we, our bodies are hosting during a span of our conscious existence in this world. Or rather they, our souls are hosting us which would be the more correct way of describing it, I think. 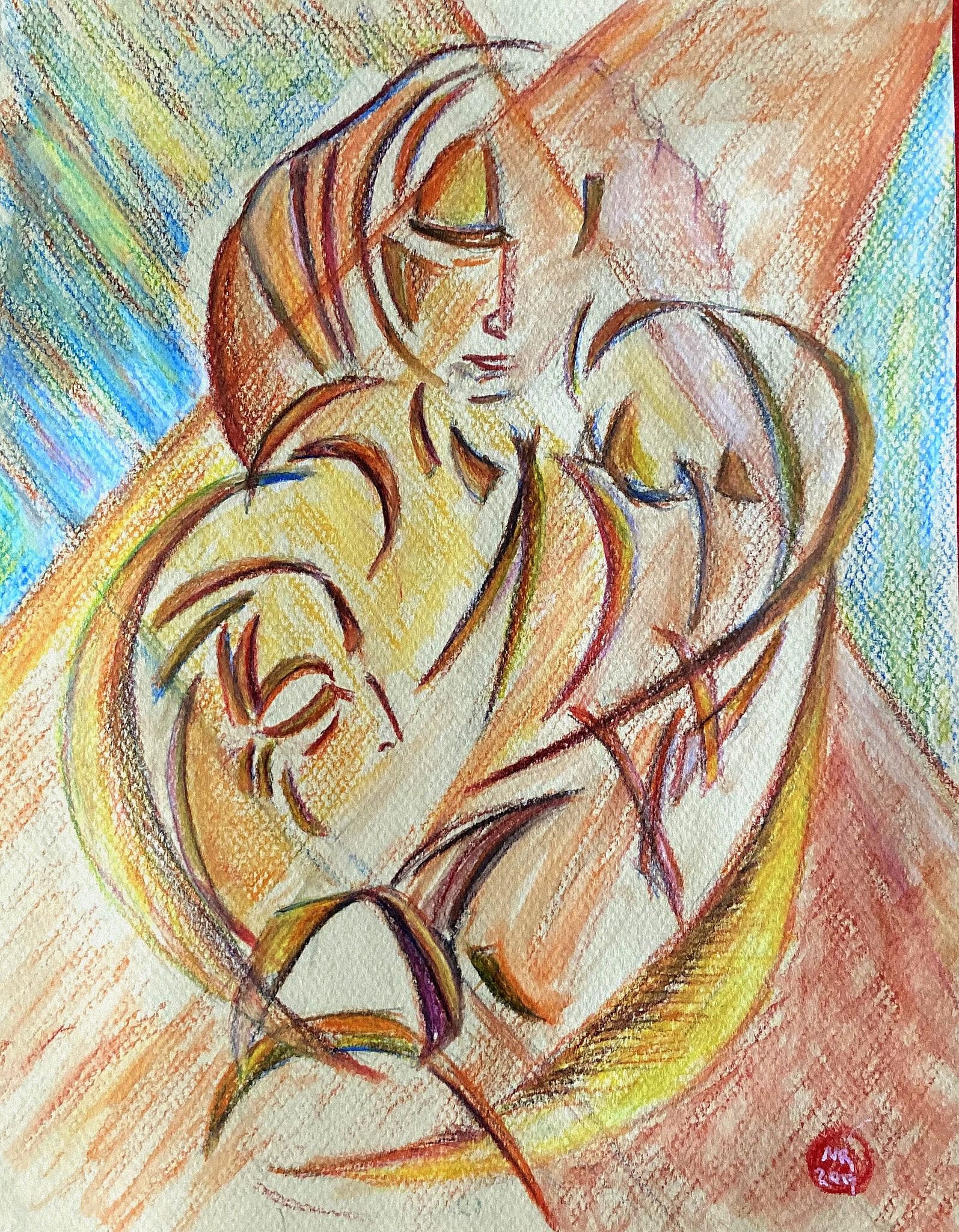 The souls of geniuses are like diamonds which have been put into certain bodies to illuminate the world from within. These people are blessed to communicate with the Ultimate Source of their knowledge, their talent, their energy and their intuition directly, and this is an essential quality defining a genius who might be living and working among us. This kind of  blessing is not a syrup poured over the chosen personality’s head. So very often, it is a torment, like it was in the cases of Mozart, and Leonardo, and van Gogh. What they had created very often was the outcome of a painful inner struggle, and very often it had appeared in a process of sublimation of torment into stunning reflection.

This kind of revelation is not for faint-hearted ones, it is for those who just cannot do otherwise, does not matter what. It is for those who are led by the Ultimate Force to create by the talent given to them via their unique souls and to originate completely new phenomena in our lives.  The fruit of those people’s labour lives on for years, decades and centuries on – meaning that in every given generation, there are many people who accept a song, a poem, an image as their own personal, intimate treasure. As a building material for one’s own soul. As ever existing contra- punctum of solace. 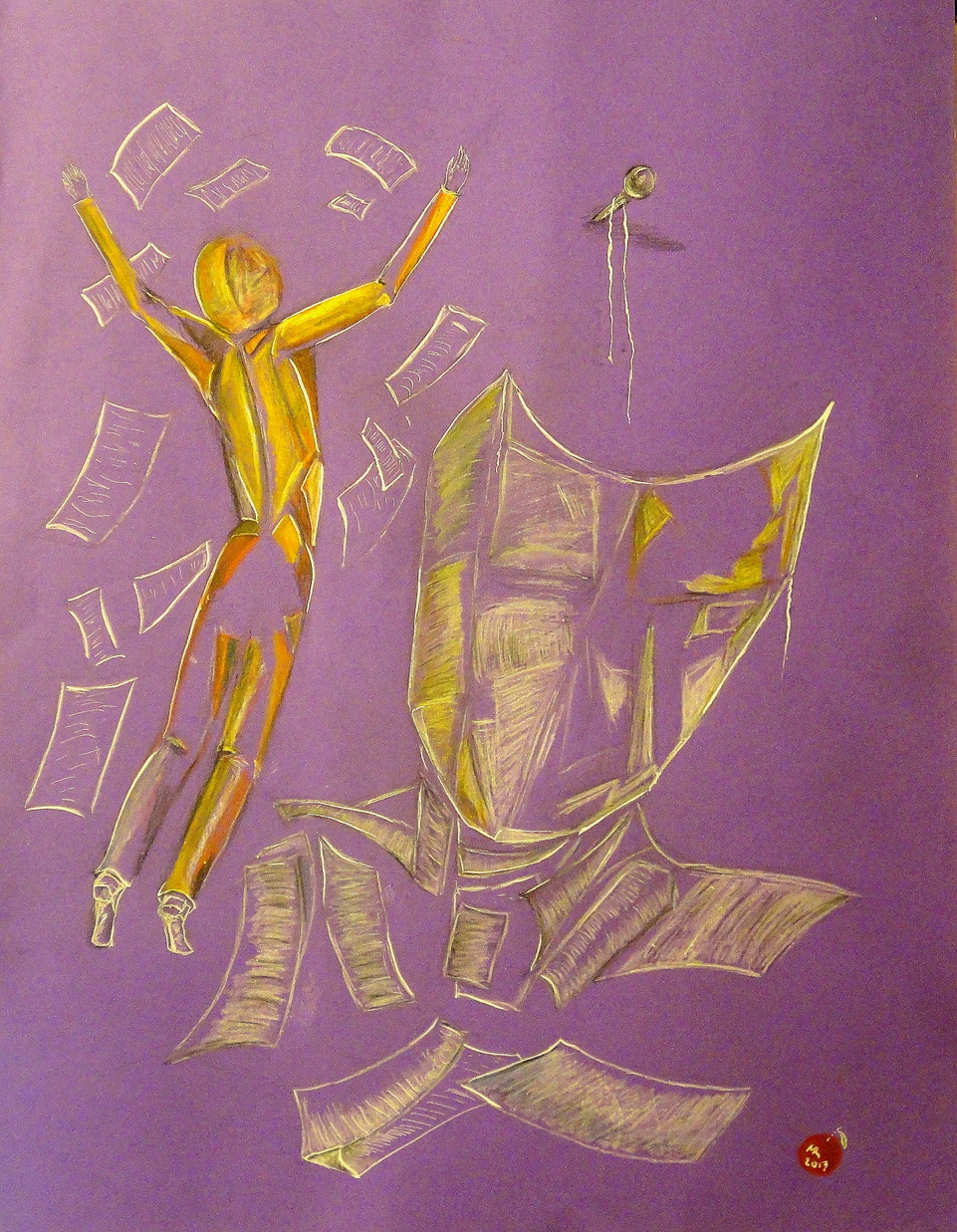 Unique communication of a soul

Unlikely any other field of art, music forms both our inner and outer atmospheres, sometimes simultaneously, sometime in turn. But it is always there.

In Judaism, music is regarded as the primary means of self-expression, and also, importantly, as a primary creative faculty of a person. I believe that this postulate is universal. And I understand why: it is the most organic, immediate way of letting one’s emotions out, both in joy and sorrow. It is the soul’s talk which does not require any translation. In this, such communication of a soul is unique.

Astor Piazzolla whose 100th anniversary of birth is on March 11, 2021, is among ageless geniuses, too. What he had created qualifies to this level of human achievement, indeed. Interestingly enough, and not that usual, it is not the way he played, there are some, very few, of his interpreters  – like the one of his last pupils, incomparable Richard Galliano – who might come even close in their interpretation to what Piazzolla meant while creating his ageless ocean of emotions.

What Astor Piazzolla has created is not some music however interesting it might be. His genius is in creating the universe, a totally original, encompassing universe of musical dimension that absorbs a human being and which opens its own sphere of emotions. In my opinion, there is no other music created in the 20th century which does it with the same harmony, same novelty, and same beauty. 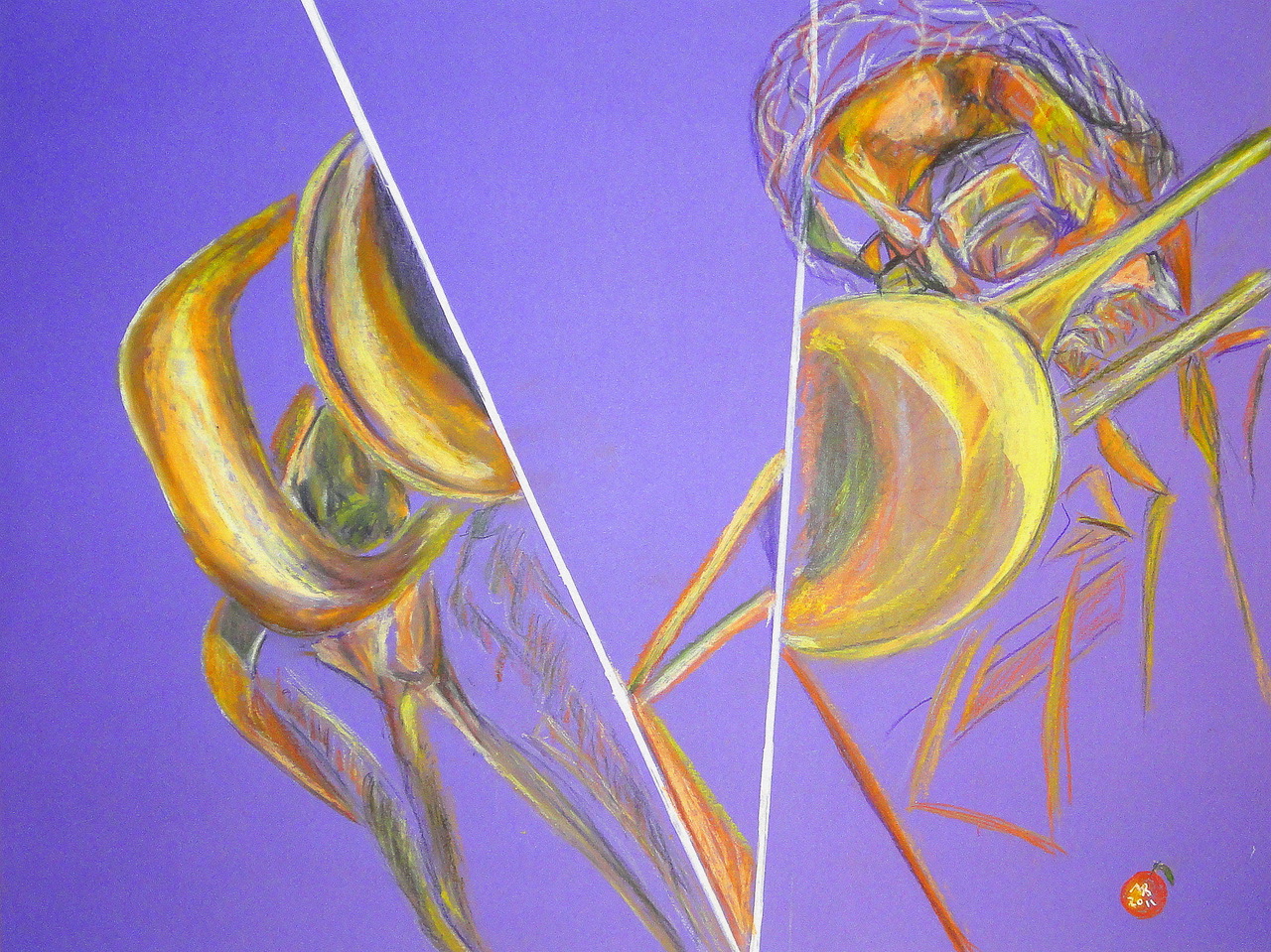 Fearless nudity of a soul

In a paradoxical way, while I call Piazzolla and his genius ageless, I am convinced that his musical language is quite-essentially organic to the 20th century. That syncope-crypted world,  that fearless nudity of a soul, not due to self-centered exhibitionism but due to inexplicable strength to face the pain as it is. That screaming silence of insuperable scars and voids, both self-inflicted and received from outside. All this language of a musical monologue, and Piazzolla is an emphatic monologue, has originated namely in the 20th century, with its raging disfiguration of soul.  This unique musical language has also incorporated into itself a stunned silence of a human being of the 20th century facing fruitless efforts of amending the disfigured remnant of oneself in the non-stopping turmoils of that utterly tragic period in history of civilisation.

Because of the character and quality of the energy emanating from  Astor Piazzolla creations it is utterly impossible to realise that became 100 years old on March 11th, 2021. Because of its superb intellectuality, the quality which is extremely rare in music, Piazzolla’s music is perceived as ultra-modern ever. Because of his honesty and courage to share what his soul was seeing in a mirror, Piazzolla has created a unique cosmos of revelations that people often are not daring to make for themselves. With this gift of disturbing, edgy, beautiful emotional experience, Piazzolla has become the part of so many of us.

In an amazing experience of creating beauty by sharing pain, Piazzolla did express the feelings of people in a more articulated way that we dared to do it ourselves. He did it with such dignity of suffering that it has become a distinct human achievement of all times. That is what has earned him the place among those ageless geniuses – making suffering dignified and beautiful. 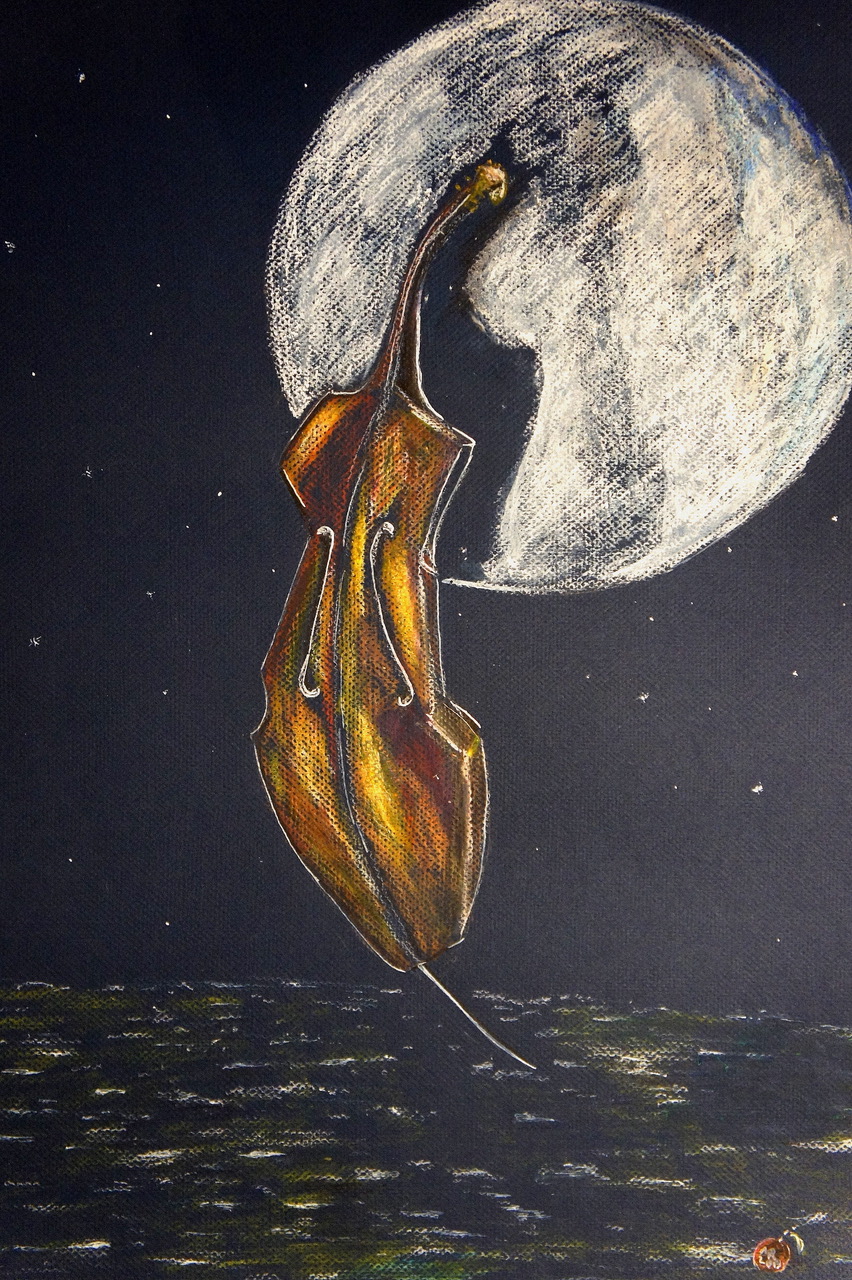 Interpretation of music as a reflection of mentality

As a devoted member of Piazzolla followers world-wide, the matter of various ways in which musicians from different countries, with different backgrounds and of different generations  are reading and understanding Piazzolla interests me always. And I never tired of hearing 20+ versions of a certain Piazzolla’s piece to compare them in nuances of interpretation.

In those interpretations, once and again, apart from accordionist Richard Galliano, cellist Yo-Yo Ma and violinist Gidon Kremer, over the years, I am repeatedly taken by the authenticity  of the understanding of Piazzolla by the musicians especially from Russia and Poland. And I understand where it comes from. The degree of required openness of musicians’ nerves in the musical schools of both Russia and Poland, albeit different ones, provides the finesse of reading of Piazzolla by their musicians.

There is no surprise in this, though, as interpretation of music reflects a general mentality. Piazzolla requires courage of a special sort: courage of opening one’s inner feelings to an uncomfortable, and for many, forbidding degree. Piazzolla also requires intellectuality, his sensitivity is very brainy one. And finally, Piazzolla requires a pleasure of paradoxicality, his music is a melodic Magritte. All these qualities are historically organic for the mentality and inner distinctions of culture of people both in Russia and Poland, and for their music schools, as well.

If Polish musicians are playing Piazzolla in the most filigrane nervous  equilibre imaginable, many Russian masters of music are playing Piazzolla as one breaths, without even noticing – or caring – that one may be staying on the edge of a cliff.  Sometimes I think that those musicians are getting in their never-tired search for an ultimate secret of Piazzolla code yet deeper under his skin than he did sometimes allow it to himself. 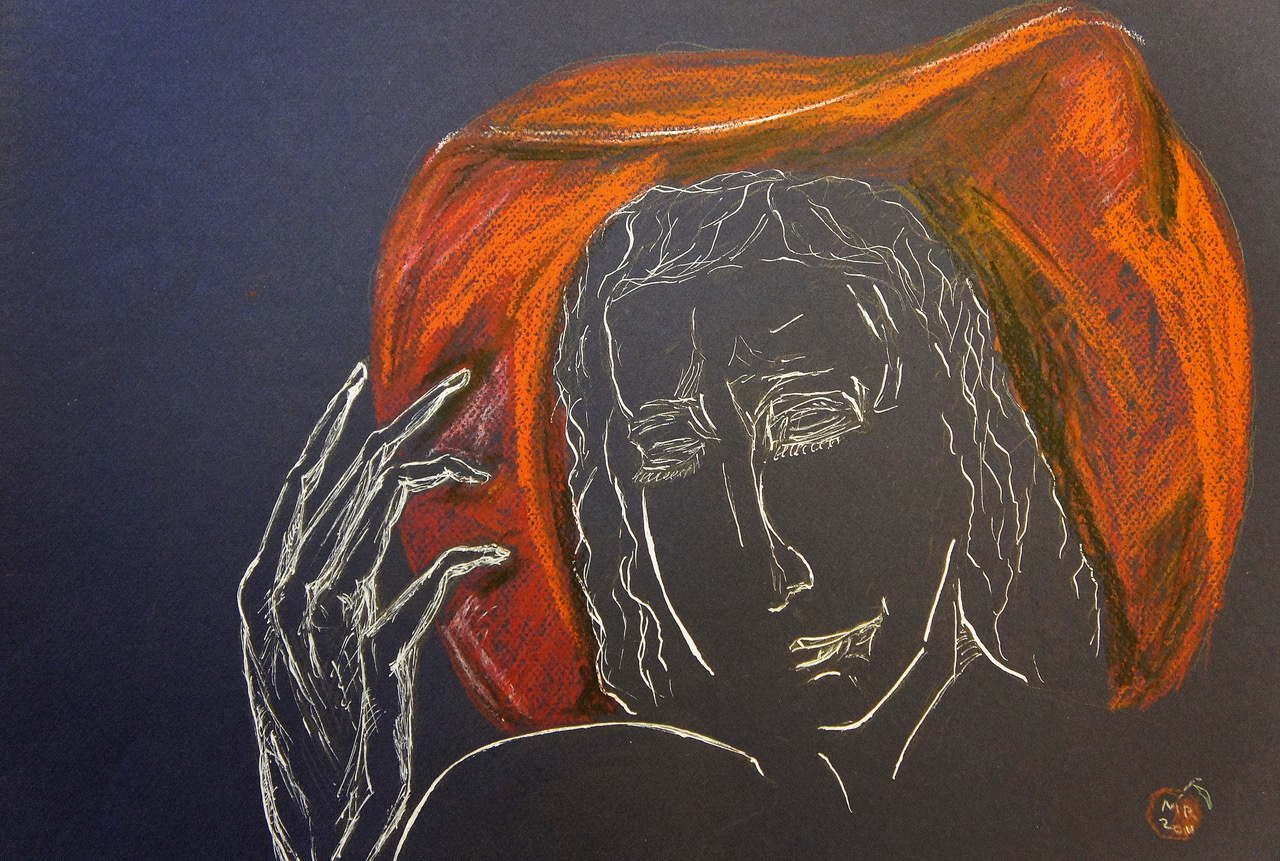 But my total surprise  of  the finesse  of  the interpretation of Piazzolla  and  simply bottomless,  tangible  tenderness of it was caused by Mongolian Symphony Orchestra. I have no explanation for that extraordinary phenomena but love. And I am so grateful for that.

My painter husband Michael who plays several musical instruments, accordion including, himself, and  who is painting music all his artistic career and who flies in the Piazzolla space all his life, knowing , seeing, reading, thinking about Astor for years, additionally to constant listening to his music in all its variety, started to work on his homages to the creator of tango nuevo from 2011 onward. In 2013, the main part of Michael’s Libertango: After Piazzolla series appeared. The series has been exhibited widely, in many countries, with great success. Michael continues to work on this important theme for him – “because there always is something new in Piazzolla that emerges from the melodies which you are supposed to know by heart and to understand well, you thought. But in fact, Piazzolla’s thought, his inner message fluctuates on a daily basis. It enriches life to the degree of total amazement, and I am never tired of following his tunes, his inner tunes, trying to discover something  intimately personal for myself. And, with never seizing gratitude to great Astor Piazzolla, I always do”, – said Michael on his ongoing work on looking, artistically, into the Piazzolla’s mirror.   The expanded series of Michael’s homage to Piazzolla  refers to many musical phenomena within that unique Piazzolla universe. 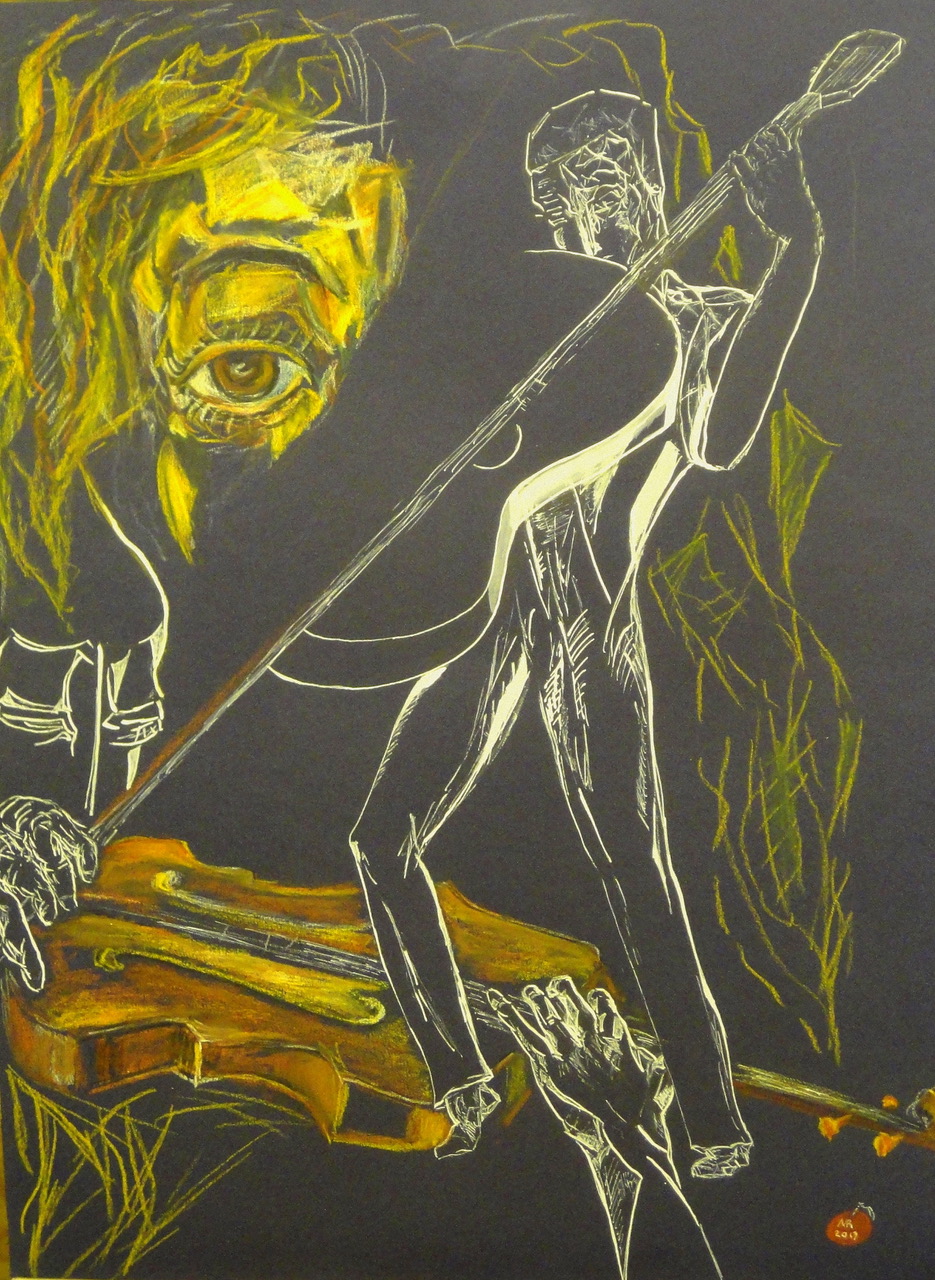 Perhaps, one needs just to concentrate a bit in the midst of a hectic life whirling around to realise that a genius always is of the age of one’s at the given moment. Especially in music. And particularly in the ocean of a tango nuevo.

One hundred years of Astor Piazzolla? We are so incredibly lucky to be his contemporaries. And it is only the first century of the music of the man who brought an open heart on the proscenium of music.